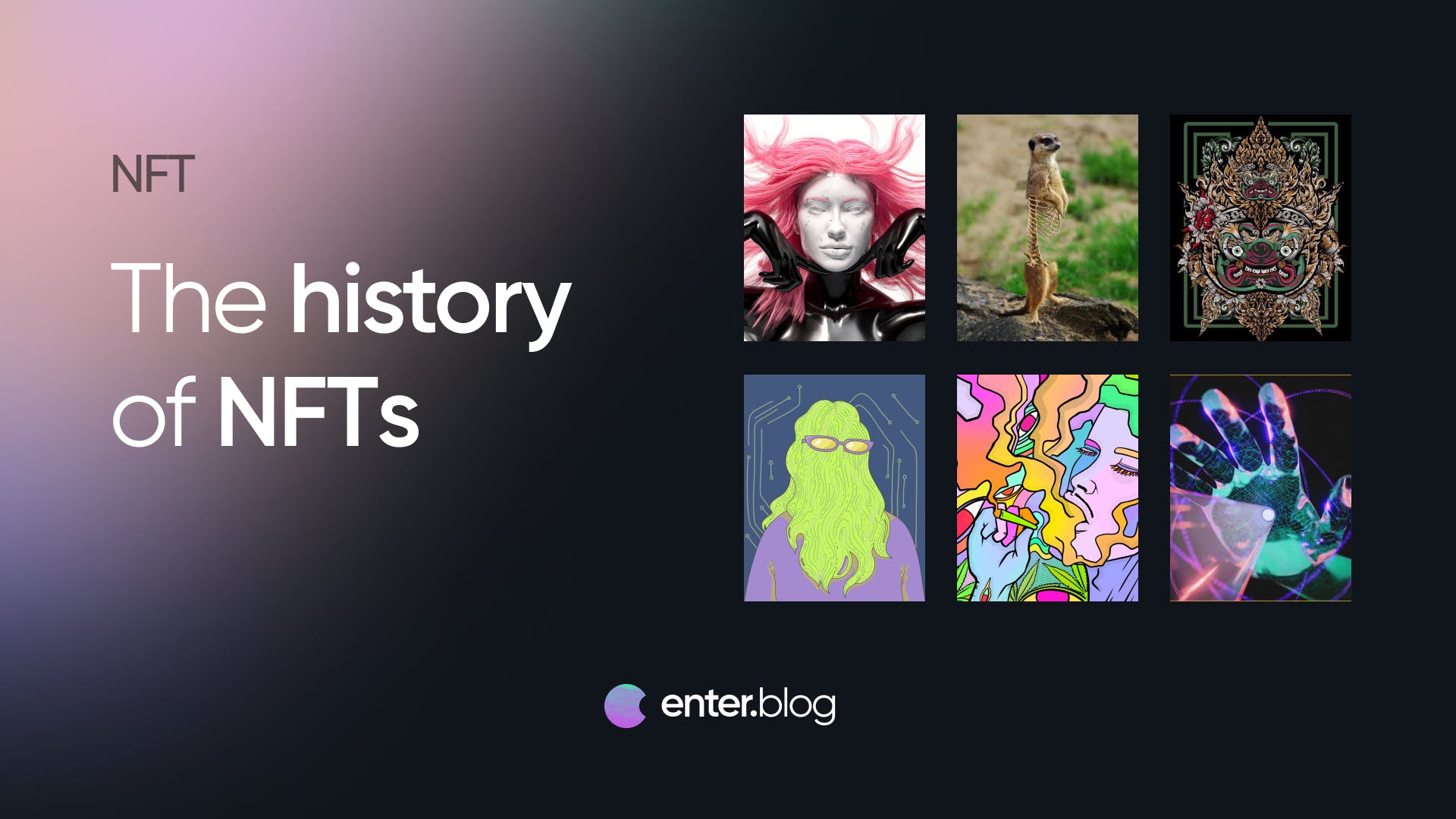 The history of NFTs

In just seven years, NFTs have risen to become a gamechanger in the blockchain world. How did it all start, where are we now, and what does the future hold?

NFTs were born out of the same blockchain technology as cryptocurrencies, so it should come as no surprise that community-building has been center stage since their inception. Cryptocurrencies like Doge Coin and Shiba Coin have demonstrated how prominent and powerful these communities can become, launching memes into the space of highly profitable stocks and more stable coins. NFTs, however, present further possibilities by allowing communities to craft their identities around shared aesthetics, niche interests, and art projects. Let’s look at the cultural history that launched NFTs into the limelight.

A digital artist named Kevin McCoy minted the first ever NFT in 2014, an octagon that pulsed with hypnotic shapes. That same year, NFT communities started growing. The earliest noteworthy example was Counterparty, a peer-to-peer platform built on the Bitcoin blockchain. On Counterparty, users were able to trade new currencies and create digital assets. Many of these assets were trading cards that users collected based on shared interests. Counterparty also pioneered meme-based NFTs in 2016 with the introduction of Rare Pepes, which attracted users from already-existing digital communities like 4chan.

Around the same time Counterparty was taking off, the first blockchain-based mobile game was created. Spells of Genesis made huge strides in community building by offering playable NFT assets like trading cards to players, much like the massive community built around physical card games like Magic: The Gathering. Spells of Genesis, however, also featured gameplay components of classic arcade games, attracting a wide variety of gamers to one platform.

#58 Chocked Soul by Chocking_crypto - an emerging community on enter.art built on incredible avatars with relatable backstories and utilities for collectors.

The Ethereum blockchain was first introduced in 2015, and this set the foundation for the future of NFT communities. Ethereum introduced token standards which allowed for token creation by developers. One of the biggest community projects to come out of this blockchain was a group called Cryptopunks. The community was created around 10,000 randomly generated NFTs which depicted the profiles of cartoon characters and featured cyberpunk-like aesthetics. These were and are so popular that they’ve sold for hundreds of millions of dollars.

In 2017, Canadian development company Axiom Zen took advantage of existing gaming communities with the creation of CryptoKitties, a game in which players can adopt, breed, and raise virtual cats. People flocked to the platform so quickly that it clogged the Ethereum blockchain.

The success of NFT-based gaming communities like Cryptokitties and Spells of Genesis encouraged developers to incorporate NFTs into more games. Decentraland took the success of games like Minecraft and applied it to the crypto space. On this platform, community members can buy, sell, and trade digital real estate in a virtual world, then make their own creations there. Decentraland is unique in that it gives users a metaverse to interact in, a digital space that functions much like a physical community. Following the initial success of Decentraland, developers created more elaborate and dynamic digital spaces where communities could grow.

Stonks_bros creates NFTs that unites the world of crypto in the metaverse - rumour has it their collection on enter will expand soon..

2021 saw an explosion of interest in NFTs. Ethereum owes a great deal of its success to NFT exchanges, so other blockchains like Cardano and Solana started establishing their own NFT-based communities. Despite critics saying the bubble is sure to burst, it just keeps growing.

Today, you can find an NFT community no matter where your interests lie. Gaming groups are more present than ever, but popularity has also exploded in communities based around interests like visual arts and sports. In some cases, communities grow around specific artists who have developed massive fan bases. Such is the case for the artist Beeple, whose fans have spent tens of millions of dollars for the honor of owning one of his original pieces. Basketball fans have also rallied around NBA Top Shot, an NFT community where people can buy, sell, and trade digital collectibles like video clips and trading cards. 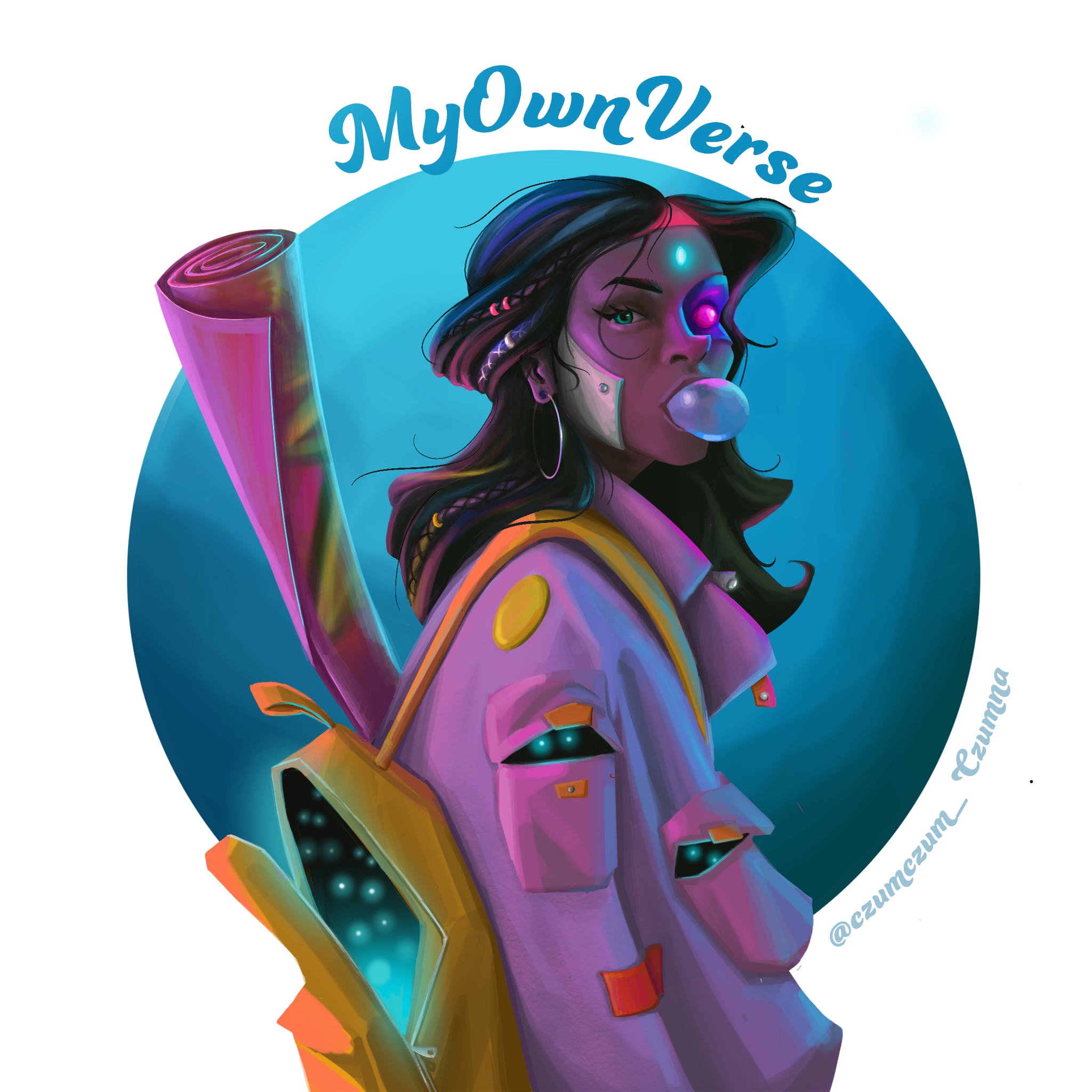 Custom loading screen for Myownverse made by Czumna - MyOwnVerse is a creative collaboration between creators in the enter ecosystem offering Virtual Galleries for the artists of enter.


These communities are about more than just e-commerce, they are digital spaces for fans to congregate and celebrate what they’re passionate about. As the popularity of NFTs grows, new communities will continue to pop up surrounding niche interests.

Some NFT communities have made themselves not only places to trade NFTs, but also platforms to swap tips on NFT culture and help one another pave the way for the future. On the surface, a NFT community is merely a place to trade fun NFTs, but users report using it as a space to discuss their interests and invest in their futures together. 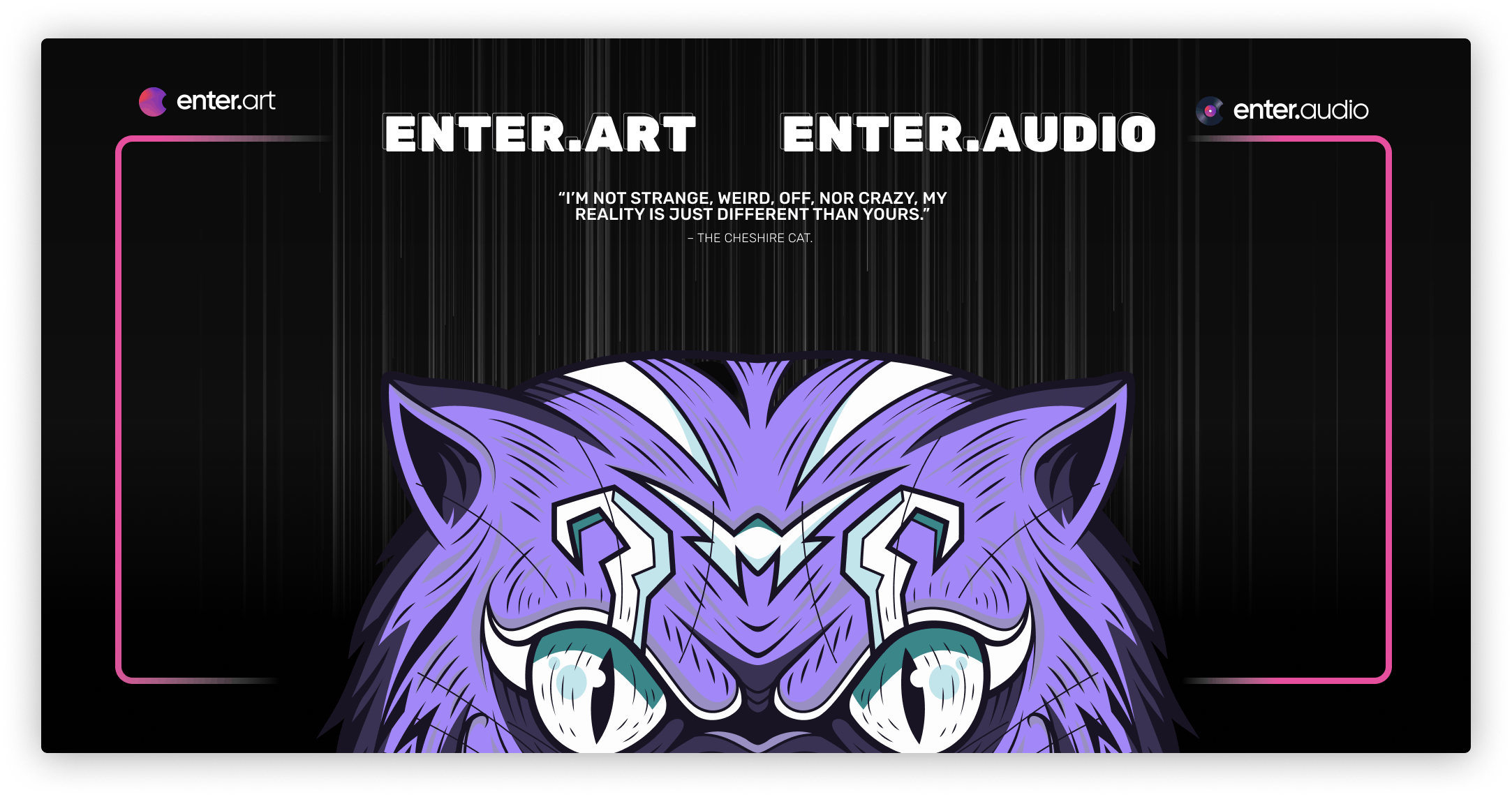 The future of NFT Culture

Because the most successful NFT projects are the ones in which thriving communities are built, the future of NFTs seems to be heading further in that direction. Those with already thriving communities often seek to take things a step further. It comes as no surprise that major companies like Facebook and Nike are also delving into their own versions of metaverses. The future of NFTs remains uncertain, but based on its history to date, the most successful platforms are the ones where people are happy to spend their time.

Are NFTs good for artists?

NFT culture has proven to be wildly beneficial for those at the center of growing communities, but what about those creating the art to begin with? NFTs provide two helpful opportunities to artists.

One is based in the community-building we’ve been discussing. Through NFTs, artists are given the unique ability to create a digital community based around their own creations. This can be especially beneficial for artists who are underrepresented in the traditional art world, giving them the chance to engage with audiences and profit directly with no middleman or gatekeeper to stop them. It also allows for mutually beneficial networking and collaboration with other artists, like the Little Fighters collaboration between artists Tony Nasa and Tiana on enter, one of many creative and fruitful collaborations on the platform. 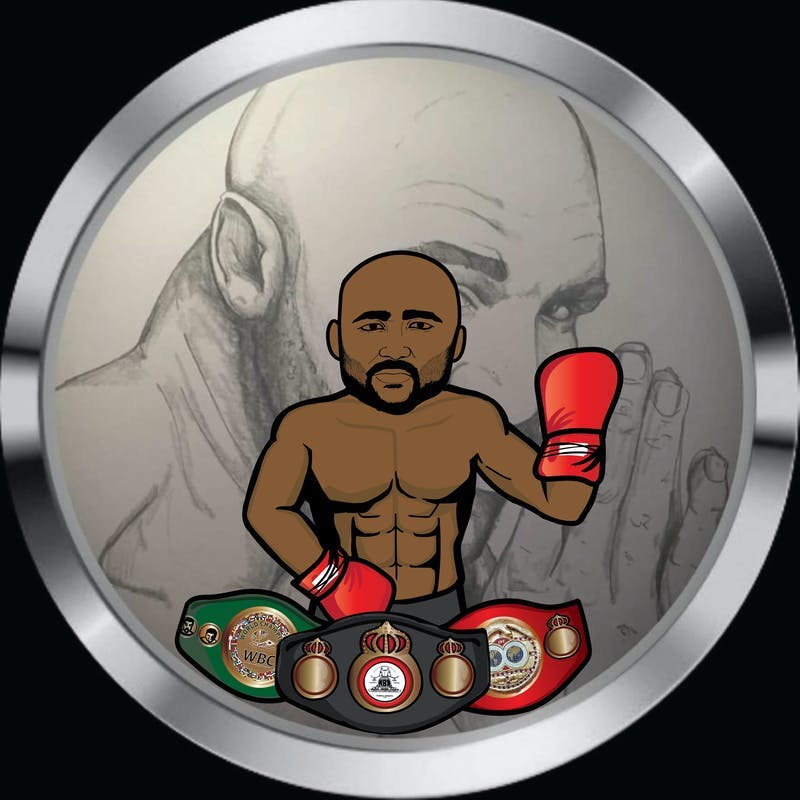 Platinum Little Fighters #1 by Tony_nasa & Tiana - Sports NFTs where you can collect your way to signed physical sports collectibles. Available now on enter.art.

The other opportunity comes from blockchain technology’s ability to create digital scarcity. There can only be one original copy of a traditional painting, but until NFTs, this wasn’t the case for digital art, which could be freely replicated without the artist’s permission. Now, authentic ownership can be tied to digital pieces, allowing them to grow in value the way traditional art has for centuries. Artists can also utilize digital scarcity to collect royalties from further NFT exchanges.

Want to learn more about NFTs and explore the enterverse further? Check out these articles:

How to market your NFT's 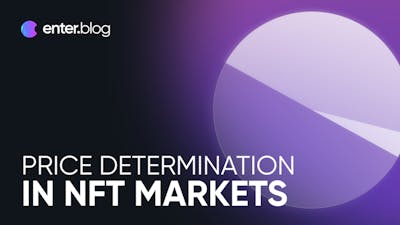 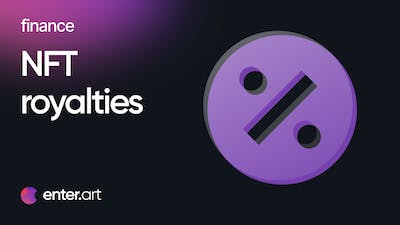 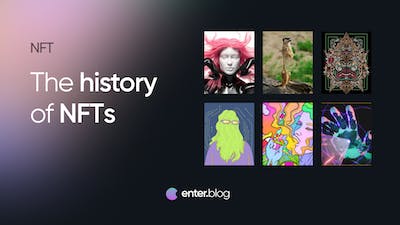 The history of NFTs

In just seven years, NFTs have risen to become a gamechanger in the blockchain world. How did it all start, where are we now, and what does the future hold?