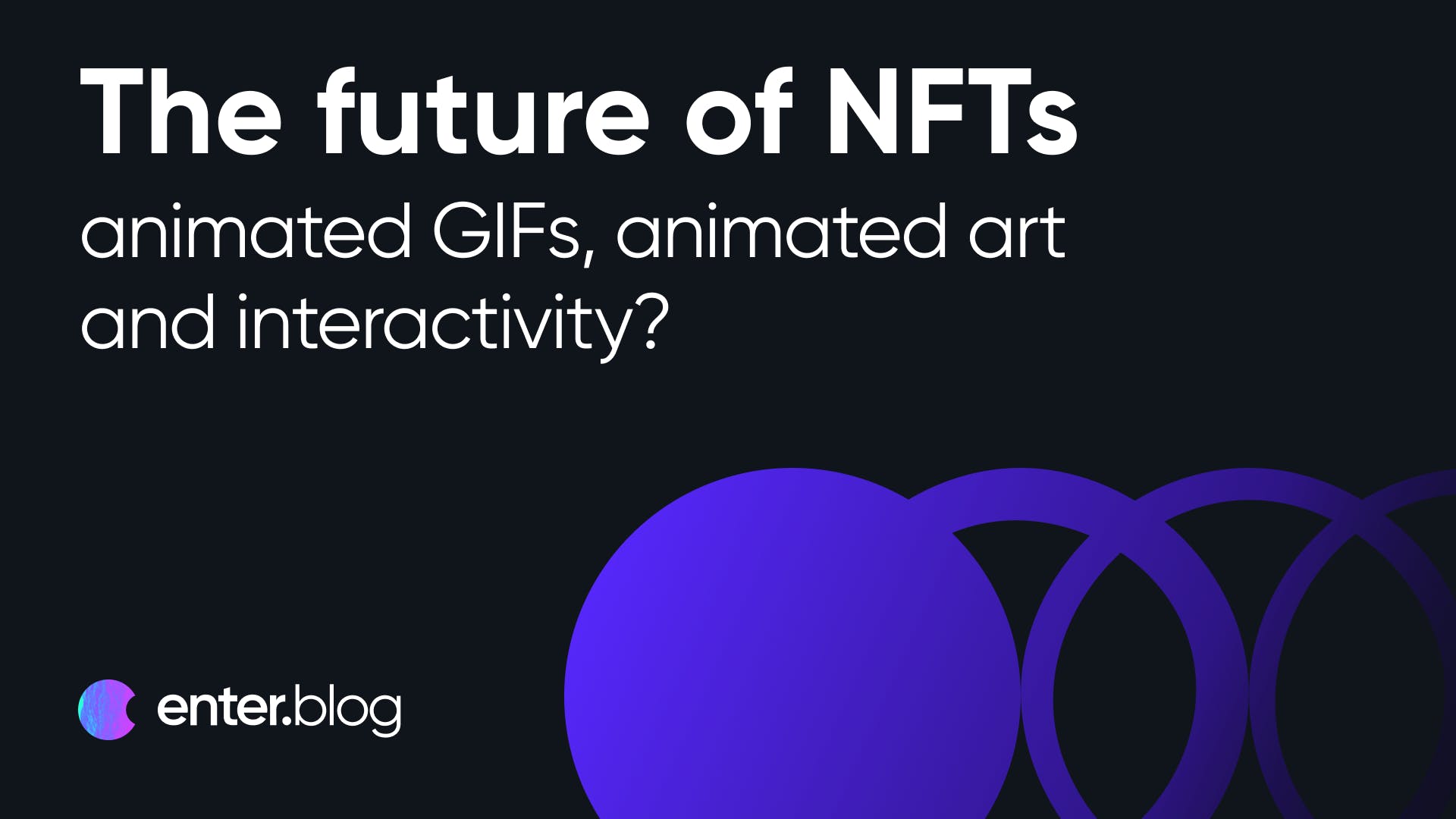 The Future of NFTs — Animated GIFs, Animated Art, and Interactivity?

Ever been curious about how you can easily add a touch of emotion and interactivity to your artworks? In this educational article, Andalee Hyatt takes us through the process of creating animated GIFs - useful for all creators wanting to dabble with digital creation.

What are animated GIFs? Animated GIFs are graphics interchange formats or, in other words, graphics that loop animations. Animated GIFs give artists a great way to make their work more interactive and stimulating. In 2013, Stephen Wilhite won the lifetime achievement award for inventing GIFs. The first animated graphic happened to be an airplane image, a far cry from the GIFs circulating on enter.art and other NFT marketplaces today. If you’ve browsed any marketplace online, then you’ve definitely seen an animated GIF. In the 90’s, anime characters throwing balls of fire in sensei imaginary battles infiltrated the dark web.

These animated graphics exploded on the internet with their adoption in retail marketplaces, as marketing managers developed website banners with animations. Marketing research studied their use in campaigns, and they found that animation generated more clicks and interactivity, which ultimately meant more potential buyers. Aside from marketing, fans started creating GIFs for their favorite shows, and chat rooms exploded with memes to express office discontent. A whole host of visual art infiltrated the internet as GIFs gave people a way to express themselves.

Although in the 90’s, GIFs weren’t capable of solving world hunger and couldn’t produce life-altering effects, but they certainly entertained the world. Stephen Wilhite died in March of 2022 just in time to see how his invention was adopted by the NFT creators making artists around the world rich. His innovation shaped the way we experience the internet. Browsing the internet became more fun as a two dimensional space became something more. Fast forward to today, and animated GIFs have the ability to solve world hunger, through their use as NFTs. Moving art adds interactivity to NFTs, and in some instances, more value. GIFs make art more interactive. It’s as if the artist is reaching through the screen and tugging the emotional heart strings of the viewer.

You might be thinking…how can I make an animated GIF?

If you are an iPad owner who has Procreate installed, it’s as simple as exporting a different file type. Depending on the software that you are using, the panel to animate your graphics will be different. Animations using Photoshop take additional steps. In this article, I’ll walk you through the steps to create your first animated GIF using Procreate. Procreate costs $9.99 in the App Store on any Apple device and it could be a great investment if you are an NFT collection creator. For simple animations and graphics work, Procreate can get the job done.

The first step is to complete your artwork in Procreate and merge all of the layers into one layer. If you’re animating a face, like the example in these photos below (with the eyes opening), you will make sure all of your artwork and layers have been merged. Once everything is merged into one layer, you will want to duplicate this layer. 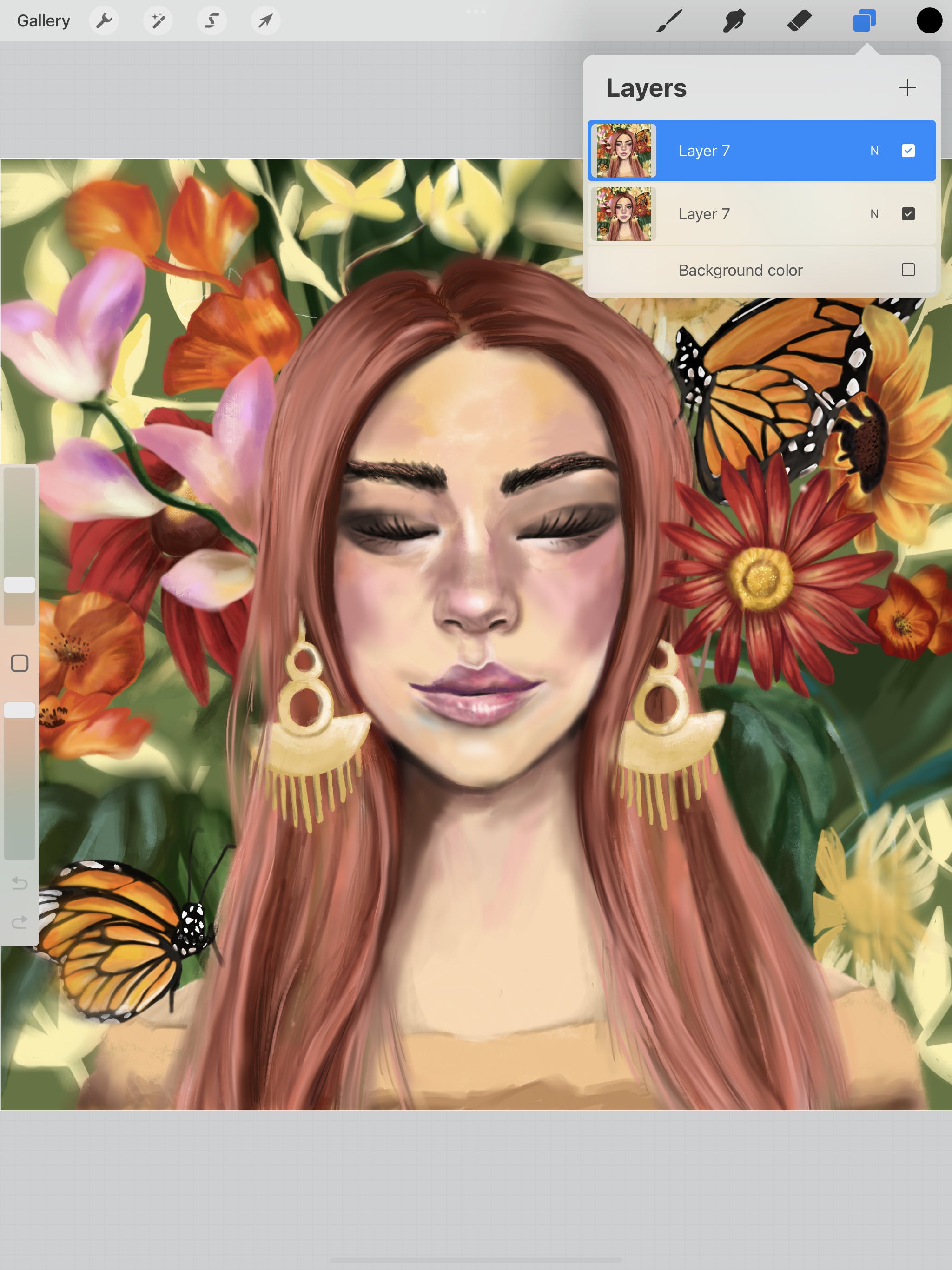 Next, you will want to duplicate the single layer and make changes to that layer. For example, I duplicated the layer with all of the artwork on it, and then I painted the eyes as closed on the second layer. This now is my second layer which produces the animated effect when you export your GIF. Some may want to continue here and create more than one animated layer. However, just as a general note, make sure each layer has the same background and is just a duplicate, otherwise it will change the entire image in the final animation. You will want each graphic to only have slight changes. 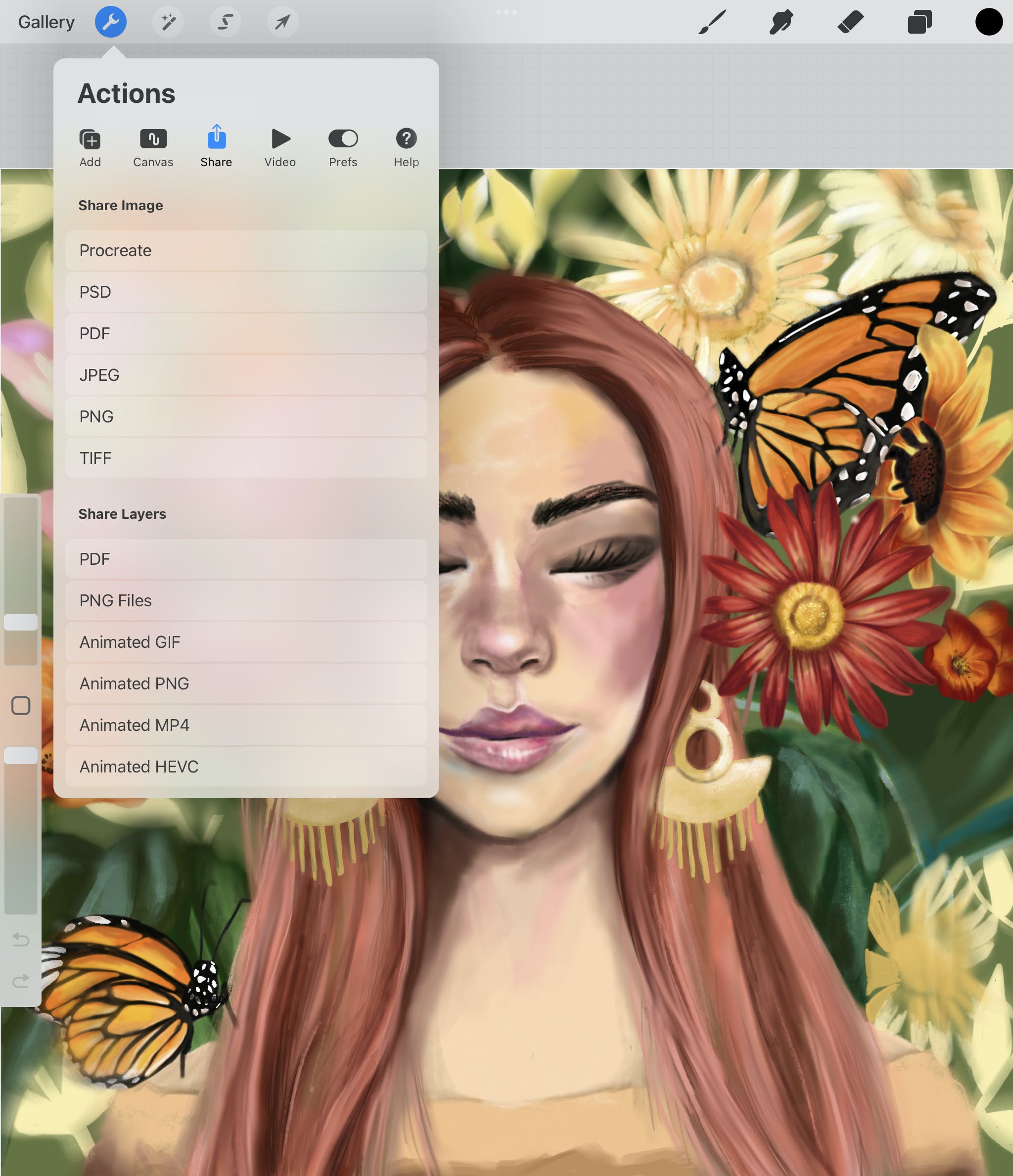 Last, go to the wrench and select export. Click “Animated GIF” and a new panel will show up with settings.

Move the slider on frames per second to experiment with how quickly you want the animation to be. 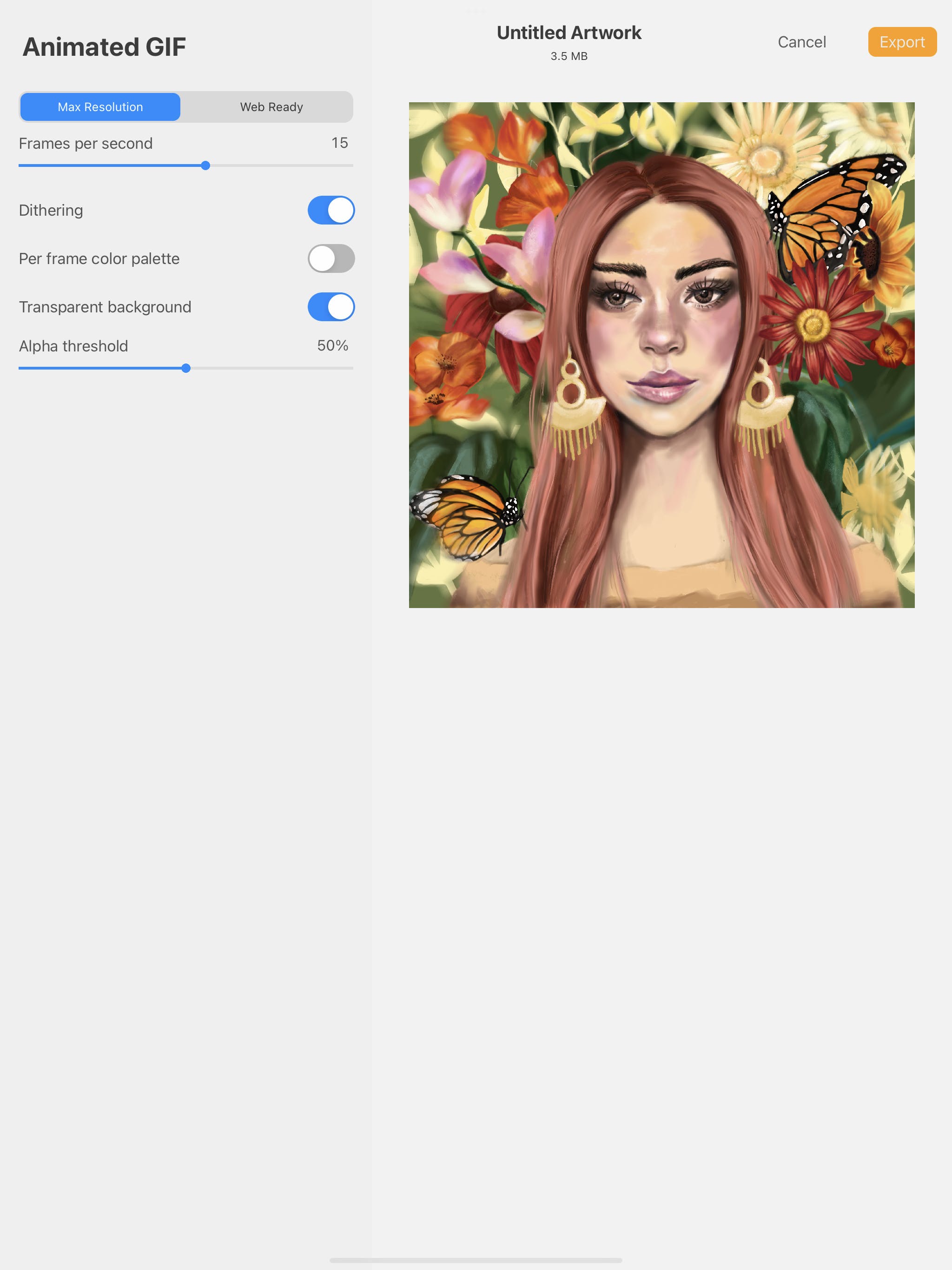 Voila! You have a simple animation that you can upload to enter.art. This can be created with any type of artwork including typography, digital painting, and simple graphics. Showcasing moving art can be an exciting addition to any collection as you explore incorporating your work into metaverse experiences such as online galleries.

1 - 3 July enter is hosting their first metaverse festival, where all enter artists will have the opportunity to exhibit their NFTs in an enter-focused metaverse experience on enternft.io. Get all the details here.

This article is a guest article written by creative director and NFT artist Andalee Hyatt aka @thelastpigment. Make sure to check out her works and courses on:
https://www.enter.art/artist/thelastpigment
https://linktr.ee/dreamincolor 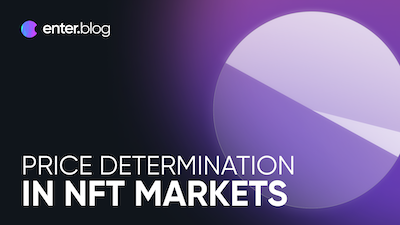 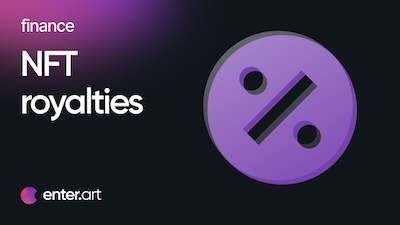 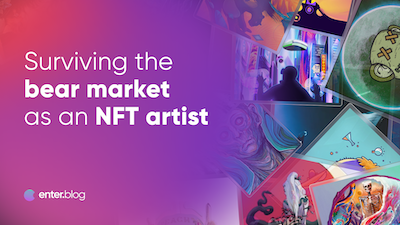 How To Survive the Bear Market as an NFT Artist

Anyone working in web3 knows that pulling through the bear market can be tough, but with each challenge comes an opportunity to learn, improve and excel on the other side. Let’s find out how you can turn the bear market into an advantage!