Not only is he a brilliant artist whose creative gears seem to never slow down, but he is also an extremely passionate human being who inspires everyone he comes across with his quick wit and calm demeanor. Let's get to know enter ambassador Luvcraft!

This week’s Meet the Artist is long overdue, and for those of you who've been around in the enter community for a while, you already know this guy very well. Not only is he a brilliant artist whose creative gears seem to never slow down, but he is also an extremely passionate human being who inspires everyone he comes across with his quick wit and calm demeanor.

We’re of course talking about Luvcraft aka Cris Frickenschmidt - multi-disciplinary artist and enter ambassador. You name it, Cris probably knows how to do it, be it producing music and throwing great live shows, creating collages, 3d texturing and video art, building fantasy worlds, or bringing people together through art. Since he joined the enter.art Launchpad he has created no less than over 1000 NFTs, hosted several livestreams with various concepts and minted several albums on enter.audio, both under his own brand of Luvcraft, the collaborative project enter outpost Germany, and his band Dorfschmidt//Gröhder  with fellow Featured Artist Lucian Shye. Coming in hot this week, we’ll have the pleasure of seeing him play a live concert with one of his other bands Alphamay, also to be found on enter.audio.

This is an artist we are beyond proud to be working with, and that always leaves us wondering what the next project will be. Full of surprises and adventure, you’re sure to find something that tickles your interest in his galleries, be it art or music, physical or digital. While we buckle up for Alphamay’s live show tomorrow, let’s get to know Cris a little better!

What is your background?

I started with digital graphics design in 1998, working for different agencies for the next twenty years. Programming websites and applications soon became additional parts of my daily work. As technology progressed, animation and video were added to my skills.

Next to my professional career in the field of advertising and packaging design, I pursued my passion: Music! I know the music business from all different angles: As a musician, as a roadie, as a lighting and audio technician, as a journalist, as a producer, composer, and as a label.

Can you tell us a bit about your relationship with art and how you first got into it?

As a kid, I always loved working with colors and grew up experimenting with all kinds of artistic expressions like painting, sculpting, collages, and much more. Colors, shapes, and structures have - and still do - fascinated me. But for a long time in my life, I focused on music. Starting as a bass player when I was 14, I had several bands and soon contracted the stage virus. It keeps drawing me back on stage - I can’t help it. Ten years ago I changed from mainly being a bass player to electronic instruments, formed Alphamay, and started to compose, record and produce the project’s music.

You dabble with many art forms as well as music and have numerous projects across both enter.art & enter.audio. What inspires you to create so much?

To me, creative work is an expression of life. It is nothing that I think about doing, I simply do. New ideas appear, I think them through and then make them real. I am fascinated by having all possibilities to create art in many forms simply by using computers. Combining techniques and different software lets you create almost any digital art you can imagine. All you need to do is learn how to make good use of different tools. Boundaries today are mere boundaries of your own imagination. I try to push these back a bit every day.

You’re a traveling musician, how have the last couple of years affected your work and art?

To be honest, for me the beginning of the whole Covid situation was a complete disaster. I have put the best part of the last ten years into my band Alphamay, and we had started to play a large number of shows. We had a new album coming out and an international tour lined up. We also had planned a larger tour in Russia that fall, where we played for the first time the year before. All of a sudden everything stopped. The shows were gone, the promotion for the album evaporated into nothing and it literally threw us back years. To this day it is unclear if we can even make it back to where we were and how long this will take us. Creating more material was not an option. We had put lots of energy and money into the album we had just created. Let’s see what the future holds for us. We will go out there and see if we can reach out and pick the crowd up again.

You’re soon dropping your Cyber Cards collection - can you tell us a bit about the collection and how it’s created?

Cyberpunk has always fascinated me. When William Gibson released „Neuromancer“ - the first book of his trilogy - I was eight years old. This was the birth of cyberpunk in pop culture and inspired a lot of artists. For example, Billy Idol released his album „Cyberpunk“.

So I grew into a world where a global information network, a computer you can carry in your pocket, digital money, speaking electronics, VR and such still were science fiction. Even the year 2000 sounded like science fiction!

When I started reading sci-fi, Gibson’s ideas had already trickled in. Soon I started pen and paper roleplaying where I played both big games that had a Cyberpunk theme: Cyberpunk 2013/2020 and Shadowrun.

My new collection is a tribute to cyberpunk culture. The first step was to create 100 collages of cyberpunk characters based on photography.

Each character has its own little background story and is part of a specific character class just like in the good old roleplaying games.

Next, I made a collection of digital collector’s cards. Each card contains the picture, the story and also RPG-like stats as well as a rarity.

The top 15 cards that have the highest two rarities come as regular graphic cards as well as a video version. These video cards also have their own soundtrack.

The soundtrack containing all 15 songs can also be found as an album on enter.audio.

The resulting 115 NFTs in the collection are topped off with three unique cards, the so-called Brain Keys in silver, gold and platinum.

Collectors finding the Brain Keys can send in their picture and become a part of the deck themselves.

The Collectible Cyber Cards can only be bought in the form of a loot box. So you never know which NFT you get before you open your loot box.

How did you come across NFTs, and what made you want to make them?

I heard about NFTs for the first time in March 2021. It took me about an hour to decide that I wanted to start making my own NFTs. The thing that fascinated me was that for the first time, digital art could be clearly tracked and made unique by blockchain technology.

My first collections were offered on the biggest platforms at the time. In July I came across enter.art and joined on the 6th. Looking back I can’t believe it has been less than a year here… it has become a home fast and when I look at my stats I realize I did an average of over 100 NFTs per month - without ever doing generative NFTs.

What are some of your fondest memories of working with art?

This is a hard one. I have a lot of good memories. Starting with very early memories like working with pottery clay for the first time and other firsts with different materials.

Later the coolest things were to see my art in print - for example stage backdrops in sizes up to 8x5 meters. It’s always really cool seeing the transformation from screen to reality. 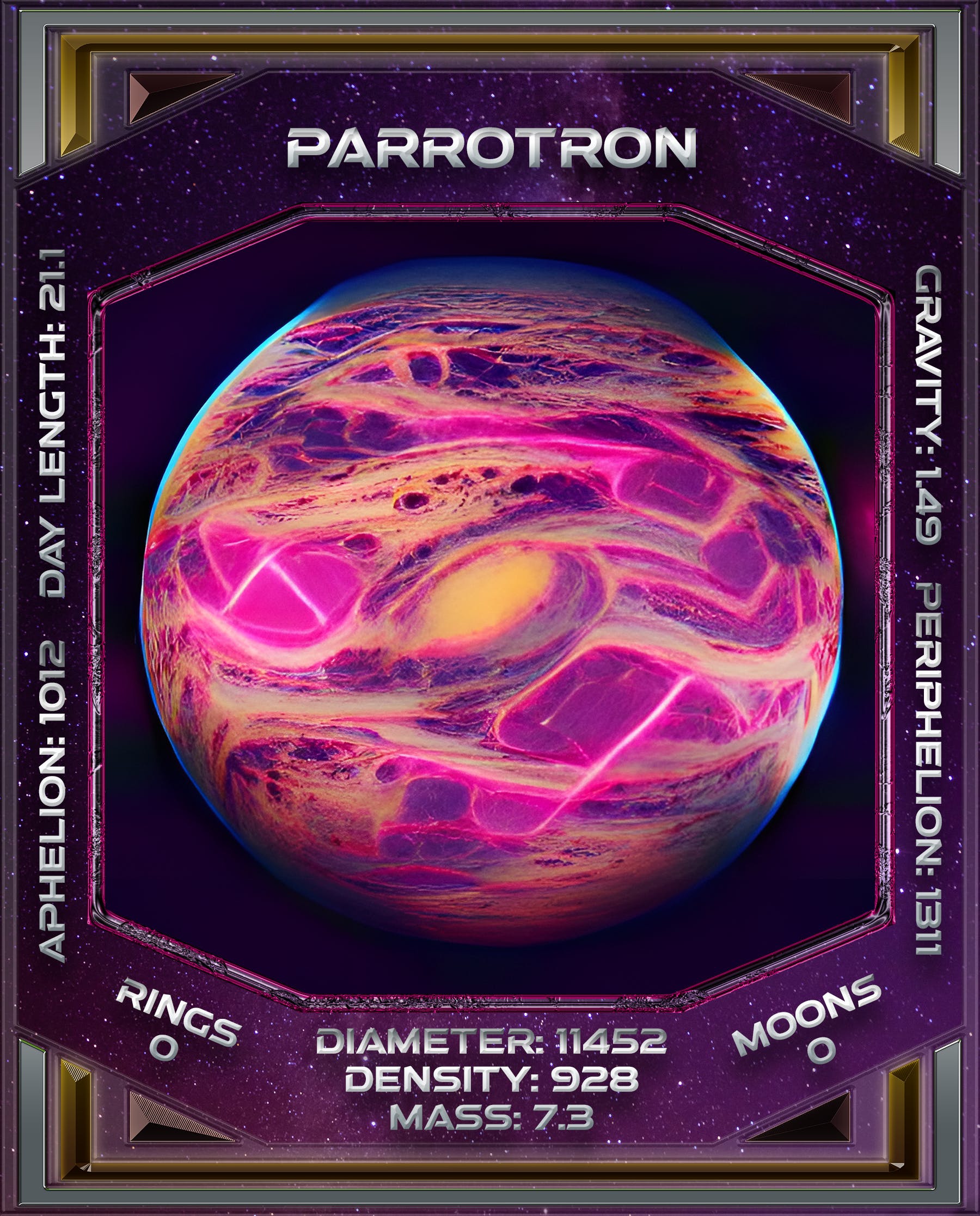 You have tons of stuff in the making at all times, do you have any plans for the next year that you can reveal already now?

The two most important projects right now are Enteria, a collection of collaborative art with many different artists. This will be hitting the market in the not too far future. It is basically a fantasy world that is evolving in the process of creation in front of the collector’s eyes. Watch out for it, it will be a fun project for sure!

We’re beyond excited to have you as an official enter ambassador - what made you want to be a part of making enter grow?

I am happy and honored to have been offered and now fill this position. The enterverse has grown a lot this year and it did not take long before I realized that this is the NFT project I will put my trust in.

The team has a good vision and by now has proved on numerous occasions that they are willing and able to run this tall ship.

Many people have a hard time keeping a little patience - this is a result of the rapid developments in the crypto world. I feel that in this short year their development has been tremendous.

I feel a good part of my job as an ambassador is to be a connecting link between the team and the community as well as being a positive communicator for the entire project.

This journey has just begun and I am happy to have my place on this ship. Let’s move to new frontiers.


We are so happy to have Luvcraft aka Cris as part of this incredible journey, and can't wait to see what the future holds - both for his own projects and for the projects we collaborate on. While you await the next live stream, we highly recommend you to check out the last stream Cris did in collaboration with Fotogra4bar and Lucian Shye!

Want to know who is behind your favourite NFTs? In this section you get to meet the artists of the enterverse and stay up to date on the latest NFT drops. 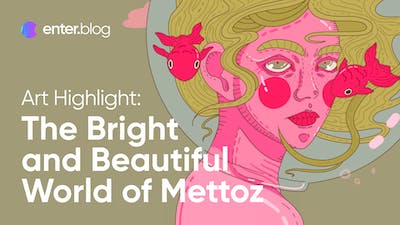 Art Highlight: The bright and beautiful world of Mettoz

The representation of diversity and love for the unique is clear in Mettoz’ NFTs, but no matter the topic, they are always sprinkled with brightness and humour. Let’s take a dive into a world of fluidity and ease. 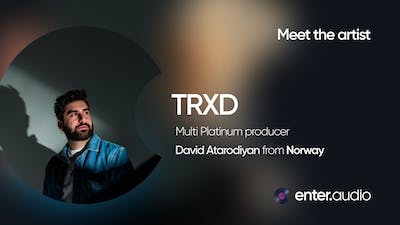 In this week's artist highlight, we’re meeting multi-million streaming producer and songwriter TRXD to have a chat about what inspires him, and what to expect when he is stopping by enter.audio sessions tonight.. 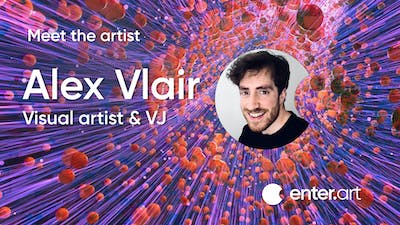